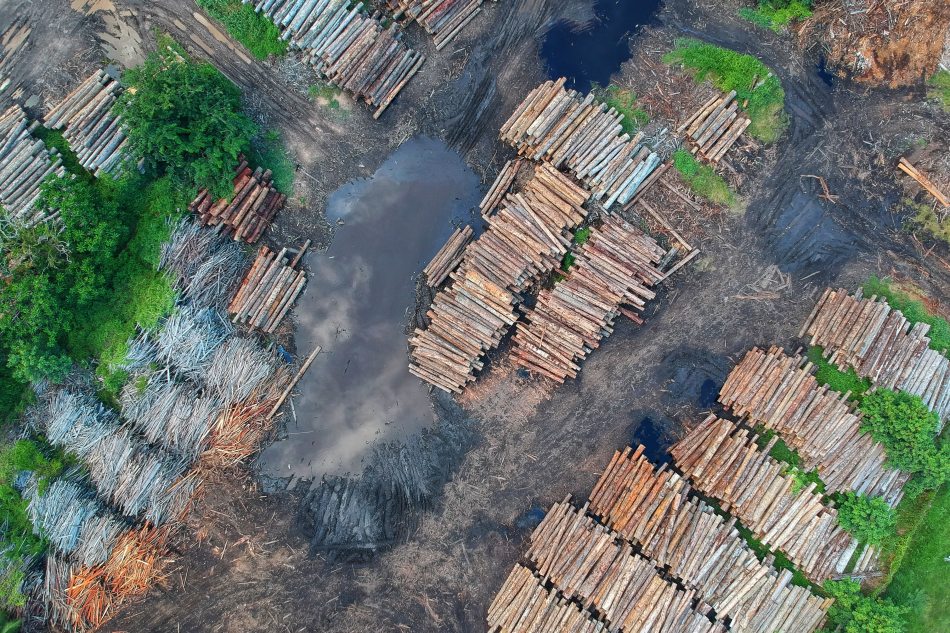 An action plan on the alarming rates of global deforestation from the EU, which has previously been delayed, has been demanded to be brought forward “as soon as possible”, by the Amsterdam Declaration, a declaration proposed and sign by a number of EU countries, in a letter sent to the European commission.

The letter states that “despite progress in recent years, deforestation and forest degradation continue at alarming rates, in particular in tropical and subtropical regions, with as much as 80 % of global forest loss being driven by expansion of agricultural land, according to FAO estimates.”

The Amsterdam Declaration group letter states that “as a major importer and consumer of many commodities which include embodied deforestation, the EU is both part of the problem and can be part of the solution by stepping up its efforts to address the impacts of the consumption and adopt a more coherent and comprehensive EU approach to the problem of deforestation.”

The Amsterdam Declaration itself aims at promoting “sustainable economic development” as it’s main tenet, but also focuses on an “inter-sectoral and holistic agenda” for poverty reduction, food security, gender equality, water and sanitation, sustainable consumption and production, climate action, and the halting of land degradation and biodiversity loss.

“The latest report by the Intergovernmental Panel on Climate Change (IPCC AR5) states: “total anthropogenic Green House Gas (GHG) emissions have continued to increase over 1970 to 2010 with larger absolute decadal increases toward the end of this period (high confidence)”. In 2010, 24% (12 GtCO2eq) of total net emission was associated to Agriculture, Forestry and Other Land Uses – AFOLU – (IPCC AR5). Moreover, according to the FAO (2014) AFOLU emissions may still increase by up to 30% if the status quo remains unchanged.” states the Declaration.

As stated above, agribusiness is responsible for 80% of the current amount of global forest loss. The forests that stretch around the planet are not only responsible for maintaining biodiversity, but for land reclamation and an incredible amount of carbon sequestration. Better forest management and natural climate solutions could possibly provide more than a third of climate breakdown mitigation needed by 2030 if acted upon, which makes this letter from the Amsterdam Declaration group all the more important.

This move comes as tensions and concerns continue to increase over the election of right-wing Jair Bolsonaro as President-elect of Brazil, whose campaign was funded in large by powerful agribusiness interests’ promising to construct a highway through the Amazon rainforest, an act with the potential to spread deforestation to an area of rainforest larger than Germany.

Stronger regulations and laws within the EU could be put in place to lower the ecological footprint of our societies within all levels of the economy, from demand to production to consumption. According to Greenpeace, it is the production of soy, beef, and palm oil which drives deforestation in Brazil today.

Over the last decade, production of palm oil has doubled. This is expected to double again by 2050. Palm oil itself accounted for 65% of all vegetable oils traded internationally in 2006.

Recently an advert from Iceland and Greenpeace went viral, depicting a cartoon orangutan telling the story of the destruction of its home for the production of palm oil. While noble in it’s message, it misses out on the fact that it is not the issue with outright consumption, it is an issue of land management.

It has been claimed that to produce as much oil from a substitute in ‘palm oil free’ products, the amount of land needed increases to as much as 40x for coconut oil and 25x for soya. Soya production has been linked to massive deforestation in the South Americas, and yet is not covered in the mainstream media.

This could be attributed to the lack of coverage for environmental issues caused by the animal agriculture business, with around 90% of soybean production used for animal feed. It is similar in focus to the recent proposed ban on plastic straws across the UK, in an effort to reduce plastic waste in our oceans, when a large majority of plastic waste in our seas comes from discarded fishing gear, and yet the focus falls on plastic straws.

It is possible that for deforestation to become more manageable, it is not simply our consumption that needs to be reduced, but that actual way that we farm these products. These ‘Natural Climate Solutions’, can be read about here.

The full letter from the Amsterdam Declaration can be read here.